At first glance, the effects of Panda 4.0 come as no surprise: Websites that sport quality, useful content are benefiting, while those with thin, spammy text are losing their footholds on Google’s top ranks. But upon further analysis, the new algorithm has accomplished far more than identifying quality content; it’s also enhanced Google’s ability to critique a website’s usefulness. As well, SEOs who rely solely on link-building campaigns and the quantity of content—rather than the quality—may see their Google ranks slip.

Press releases have always been a vital tool in the SEO’s arsenal. Although many credible companies use these media to announce important updates, events or product launches, the majority of today’s press releases are developed for the sole intention of improving page-rank. That said, the Internet is now packed with press releases that offer little to no newsworthy value.

Unlike newsletters, blogs and website pages, press releases’ sole purpose is to provide newsworthy content. The best writers use strict AP editing style, strong leads and hard facts to provide no-fluff information to readers. Although this approach will most definitely be effective for the foreseeable future, Panda 4.0 aims to make spammy press releases less influential.

There’s one key takeaway here: If you’re going to produce a press release, be sure the content is newsworthy, well written and credible enough to attract professional journalists. The truth is, even before the launch of Panda 4.0, these were key elements that defined a press release’s success. But now, they’re even more important.

By now, there are plenty of data and case studies out there critiquing the effects of Panda 4.0 on specific sites, but there’s one finding that’s receiving particular attention: YellowPages.com suffered substantial Visibility loses after Panda 4.0, while Yelp.com’s ranks remained unchanged.

There are a number of speculative reasons why this may have happened, but let’s look at the numbers. Yahoo Finance describes how Yelp.com’s visitor engagement and activity have grown substantially since 2010. In fact, in 2011 alone, the number of reviews rose 175 percent. Because YellowPages.com and Yelp provide very similar services, this growth trend demonstrates where user interest was turning.

Despite this evidence, the most likely reason why YellowPages.com is going the way of Ask is not as related to visitor count as it is to usability. Back in early 2012, SearchEngineJournal released an article predicting the fall of the once-popular site—not due to a lack of authority or thin content—but due to its relative uselessness.

Compared to its competitors, YellowPages.com offers less value to the average visitor: the reviews don’t follow an innovative system like Yelp.com, and there is little opportunity for visitor engagement. Yelp, on the other hand, offers a social-networking platform on which frequent users, called “yelpers,” can chat, meet and discuss new events and businesses. Reviews can easily be shared on Facebook and other networks, which further adds to the site’s viral potential.

In the end, the Yelp versus YellowPages.com case can be summed up in one statement: innovative website design that provides more value to users will ultimately surpass the competition. And therein lays the challenge—especially for SEOs who have made a living applying science rather than creativity and originality. Ultimately, the webmaster who not only produces useful content but produces it in a way that best helps the reader solve his or her problems will win the highest ranks.

3. Websites that enjoyed high ranks based solely on external links may suffer.

Before Panda 4.0, certain types of websites could still maintain high ranks despite thin content; these include weather sites, forums and certain product-review sites. However, Searchmetrics.com describes how many of these sites have all but disappeared from SERP ranks. But why?

Although these outcomes could be the results of similar reasons as the Yelp.com and YellowPages.com data—meaning that new competitors are ousting outdated website designs—there’s another conclusion here worth mentioning: Many of these sites ranked solely due to external links.

This is a cause for concern to many SEOs. Though there isn’t much data on the topic, it may be the case that popular social-bookmarking sites, like Stumbleupon, Digg and Reddit, may be on their last leg. At any rate, there’s one fact that hasn’t changed: The SEO who focuses on quality, useful content that is more valuable than competitors’ sites will ultimately enjoy higher search ranks.

With the goal of moving sites into lucrative, first-page results, SEOs are constantly trying to predict the evolution of SERP logic to stay ahead of the game. Unfortunately for those who lack creativity and industry-specific knowledge, it appears that manipulative, spammy techniques won’t be very fruitful in the long-run. In other words, if your content is schlock then it will die… or at least not be promoted.

Over the last decade plus, Google’s goal of matching searchers with results that best solve their problems hasn’t changed, but with new algorithm updates, like Panda 4.0, the SERP giant has demonstrated its ever-evolving ability to identify and measure the value of online hotspots. 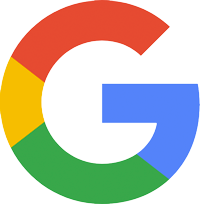 Movers Plus
01:40 29 Apr 15
True professionals. We contracted with Branding Innovation to build our maid service website and they knocked it out of the park! Responsive and thoughful. We appreciate their good work and their committment to excellence. Thanks guys.

Nedelle Torrisi
03:55 12 Dec 14
These guys are great- they helped me build my WordPress site from the ground up, and were seriously 'on it' every step of the way. Super communicative, efficient, and even cost effective. I highly recommend Branding Innovation for whatever marketing needs you may have.
See All Reviews
Check out Branding Innovation on Yelp